on June 16, 2022
Supergirl is in search of an evil mentalist and barges into the home of the suspect dressed as her civilian-self, reporter Jacquelyn Velvets. Her valience begins to fade once the mind control artist begins to speak. Its almost magical really. With just a look into Jamie Daniels' eyes, Jacquelyn becomes flustered and lost in her thoughts.
She tries to shake off the hold Jamie has over her psyche, but she falls into the trap, eventually allowing Jamie to lull her into a deep sleep. While Jamie strokes the blondes hair, she suggests that the nosy superheroine go home and think nothing of this encounter.

When Jacquelyn is brought back to reality, she looks around and apologizes to Jamie for unintentionally being in the home of a stranger. She is confused, and quite frankly, embarrassed. She decides that she better go home and take a nap.

During her peaceful slumber, Jacquelyn startles awake and remembers everything! She realizes that this is a job for Supergirl and gets to work.

Once again she bursts into Jamie's apartment. This time stronger and more prepared for the soft voice that tries to take her over. "Look into my eyes" Jamie repeats to her over and over. Supergirl is strong and resists the temptation, but only for a short amount of time.

Jamie is able to gently pull the beauty into her clutches. Supergirl breaks free, but each time is brought back, deeper and deeper into submission. Finally her mind completely surrenders and she agrees to work as Jamie's side kicks. So much for fighting crime today! 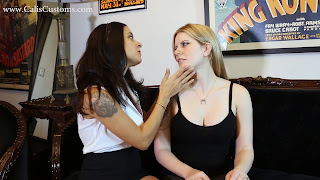 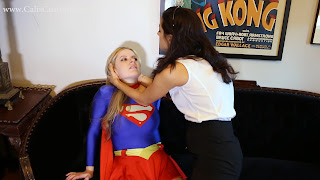 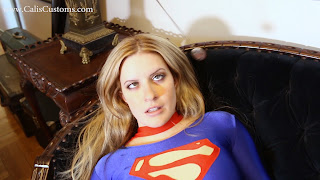 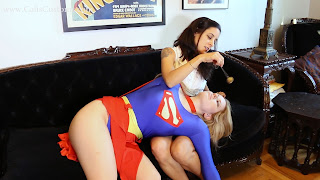 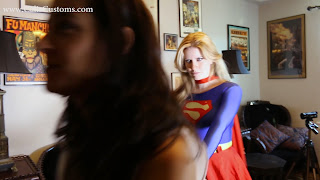